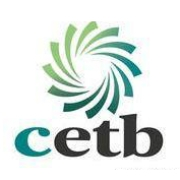 Welcoming the funding for the North Cork Community Youth Clubs & Groups, Cllr. John Paul O’ Shea said “The grants allocated today will assist clubs in the purchase of camping, gaming, sports and audio visual equipment. Other clubs will use their grant to purchase musical equipment which would otherwise unavailable to them. I want to wish all these groups well in their work over the coming months”.

Some of the Community Youth Clubs & Groups allocated funding this week in North Cork is as follows:

The diverse range of the grants awarded is reflective of the clubs which applied and the young people who partake in their activities.

Minister Zappone said “What made this scheme unique was that clubs were asked to consult with the young people themselves to ascertain their opinions on what equipment should be applied for. It was a key feature of the scheme that any equipment applied for must directly benefit the members of the youth club or group.”

The Minister thanked the thousands of volunteers who give up their time to organise the clubs and groups. She said that supporting volunteerism in the youth sector is an important element of the National Youth Strategy and a key priority for her Department.

The Minister also praised the sixteen Education and Training Boards for designing and delivering the Scheme and for the roll-out of the Local Youth Club Grant Scheme earlier this year.

The Minister said that this was the first time that her Department has launched such a fund and added that she had had received extraordinary feedback from clubs across the country since its launch.